Ball Don’t Lie: Let’s not pretend UNC is the only guilty party here 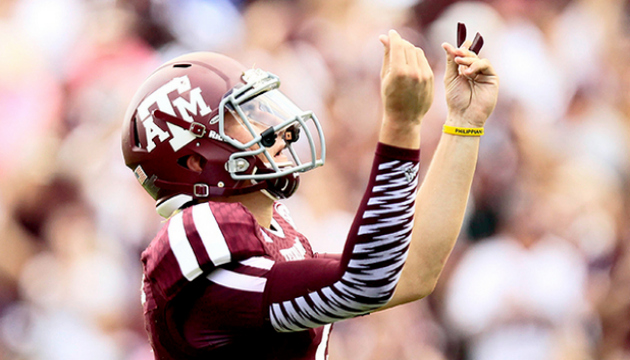 If you’re looking for me to play the blame game: click out of this article. I’m not here to berate the University of North Carolina at Chapel Hill (UNC) for what they supposedly did. If nothing else this scandal gives me some strange joy. The joy comes from knowing this will hopefully be the first of many academic scandals to come to light. The joy comes from the possibility that the NCAA will finally show its true colors and not the facade of a multi-billion dollar “non-profit.” If you are naive enough to believe this does not happen at a number of other colleges and universities, then let me be the first to also tell you there is no tooth fairy.

In case you have not heard about the story I am writing about, it has been found that over an 18 year period, thousands of UNC students and student-athletes took fake “paper classes.” Advisers supposedly recommended the athletes to take these classes in order to stay eligible. Last May, Mary Willingham, a former UNC academic counselor, spilled the beans that a large number of athletes should not have been allowed to play due to poor academic standing. She even went on to say a number of these individuals could not read above a 3rd or 4th grade level . Ms. Willingham is not a hero because she supposedly partook in these actions for some time. I give her credit for finally finding the courage to speak up. Schools like UNC have a lot of power and it can be intimidating to go up against the big bad wolf.

Whether or not this particular story is confirmed and the school is penalized, one has to wonder if this is happening elsewhere. Let me tell you firsthand: IT IS. I will not mention names and/or schools involved but as someone who has had a number of classes with athletes and has also worked professionally next to them, I have seen and heard some pretty amazing things. It should be noted I am not grouping all college athletes into this problem. I apologize to the golf and tennis teams of the world, but let’s face it; you guys do not turn a profit for your respective schools. It’s also been reported the big three sports of football, Men’s basketball and occasionally baseball are the only revenue-earning sports at most schools. Let me throw some numbers at you first:

$10.8 Billion: The amount the NCAA signed with CBS and Turner Broadcasting to televise games.

$7.3 Billion: What ESPN is paying over 12 years to telecast seven football games a year including the new College Football Playoff.

$15 million:  The amount Notre Dame will receive annually from NBC to broadcast football games through the 2025 season.

Now, if you were an Athletic Director or Head Coach at a university who generated millions in athletics, would you push a few things under the rug for success? Of course you wouldn’t! I know everyone reading this received an A+ in ethics. Unfortunately, the pressure gets to some of us. The pressure of one less win and you’re out of a job or the pressure of making sure your booster club continually donates millions so you can build the indoor practice facility. These are real life situations and make people do stupid things.

If that name and picture look familiar, yes, that is the same Cardale Jones who won the inaugural College Football Playoff Championship for The Ohio State University last month. Two years ago, young Cardale made a mistake. Clearly all has been forgotten. To tell you the truth, I don’t blame Jones for his honesty. The college sports landscape has failed academically and now big-time high school players like Mr. Jones know they are being recruited strictly as athletes. Even at the smaller division levels, some college athletes are not bothered by what goes on either. One former athlete I spoke to said: “It happens at the D1 level, it happens at the D2 level, and it happens at the NAIA level, but who cares? My opinion, and one that will never change, is that athletes earn that right to not have to pay attention in class. Until coaches are actually allowed to have direct contact with teachers it will continue to occur.” Nothing drives me crazier then hearing someone say the term “student-athlete” because it is the farthest title from the truth. These big-time college players have a new moniker: “profits.”

Loved the article? Hated it? Let me know: @Michael_A_Fine